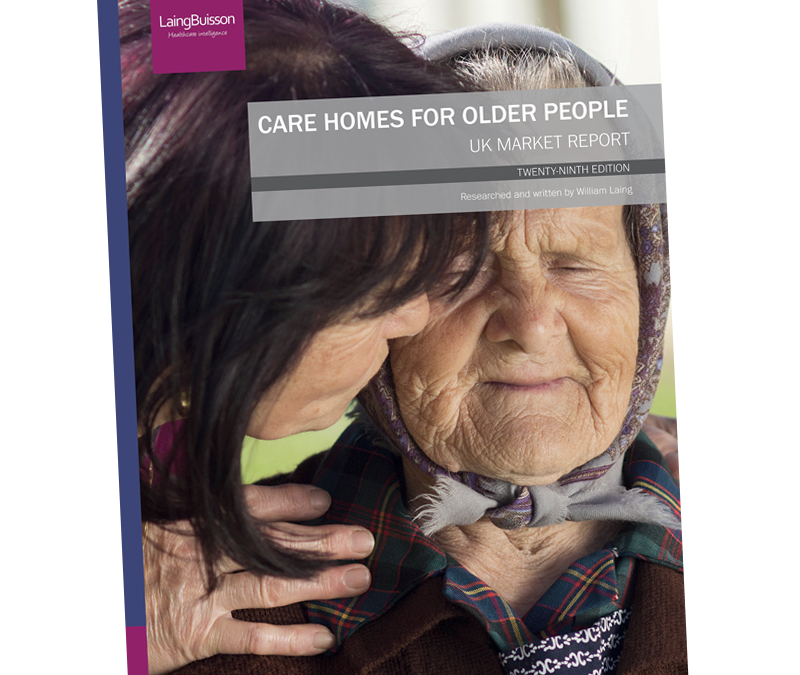 The 29th edition of LaingBuisson’s market-defining report, Care Homes for Older People has been launched today.

The report finds that the market continues to grow by about 3% per annum (nominal), driven by cost inflation, and was worth £16.9 billion in the year to March 2018.

New information from CQC reports has led to a reappraisal of the impending ‘care home crisis’. LaingBuisson has collated and analysed the data from individual care home reports and these show that overall occupancy of care homes is lower than previously thought, at about 85% when measured as occupied beds as a percentage of registered beds.

“If the new information is correct, and we have no reason to doubt that it is, it sheds a whole new light on the balance between demand and supply for care homes. Derived from CQC inspection reports, it shows that the aggregate numbers of residents as a percentage of registered beds are, at 85%, much lower than the widely accepted occupancy benchmark of about 90%. At the same time, there seems to be a lot more ‘latent provision’ – mothballed capacity where the care home provider has chosen not to admit residents to full capacity, for example because they don’t want to incur additional staff or other costs.

“This shifts the whole debate. Rather than looking at care home occupancy levels being close to their practical maximum, commissioners might want to look at whatever levers they have to bring the ‘latent provision’ back into use.”

It also casts a new complexion on the impact of openings and closures and, in addition, there appears to have been a reversal in recent trends in the year to March 2018. During this period, net capacity has risen by around 900 beds, with a greater part of this gain coming in registered nursing homes, allaying fears that capacity is being lost.

“These findings call for a realignment of how we think about how future demand for care home places will be met. Ally this to the predictions for demand based on proximity to end of life rather than age, where we have adopted the methodology originally proposed by the Brookings Institute in the USA, and the issues the market faces are more manageable and resolvable.”

A key determinant of the market remains the balance between state-pay and self-pay clients. Where state-pay prevails, there continues to be significant pressure on providers’ prices and margins from council and CCG commissioners, putting into question the sustainability of the model.

Where self-pay prevails, the sector remains robust and the private pay funding model, based on liquidation of owner-occupied property value looks likely to remain sustainable for at least the next three decades, so long as there is no collapse in property values. The importance of this to the market as a whole is reflected in the fees paid by ‘pure’ self-payers who account for 52% of the market by value but only 45% by volume.

To find out more visit the report listing. 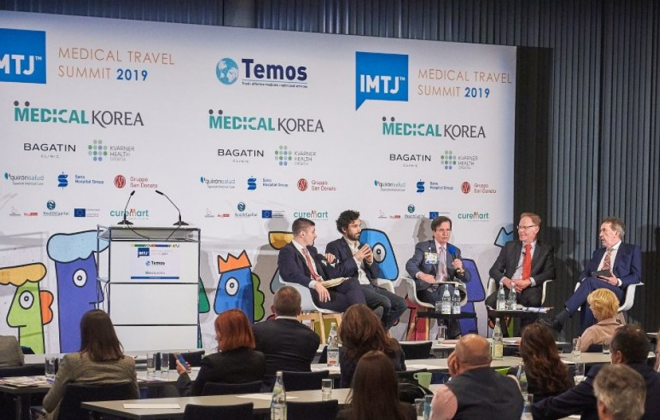 Sarah is the Commercial Director for LaingBuisson. She leads on marketing and international business development, is responsible for the events business and our market-leading websites. Sarah started her career in website development and account management with the specialist healthcare digital media agency Acumen Solutions, before moving to an Associate Director role at em:seven, a communication agency specialising in e-media and events within the healthcare sector.  She joined LaingBuisson International in 2011 after running her own consulting firm for 10 years.

Henry is Chief Executive Officer of LaingBuisson.  In addition, he is Non-Executive Chairman of Elizabeth Finn Homes, an advisor to the International Longevity Centre, and a trustee of Turn2Us, a national charity fighting poverty in the UK. Henry was an investment banker for nearly 20 years, advising healthcare companies across Europe. He started his career as a lawyer with Linklaters in London, New York and Washington before moving into banking with Rothschild, UBS Investment Bank and Jefferies, where he was Joint Head of European Healthcare Investment Banking. He has an MA in Law from the University of Oxford.

William is the Founder and Non-Executive Chairman of LaingBuisson, a well-known healthcare economist and a leading commentator on healthcare and social care. His views are often quoted in the media and he frequently speaks at conferences and participates in policy think tanks. Before founding LaingBuisson in 1976, William worked for the Association of the British Pharmaceutical Industry and the Office of Health Economics where he was Deputy Director. He has a BSc Econ from the London School of Economics.

Stephen is a Non-Executive Director of LaingBuisson and Executive Chair of LaingBuisson’s policy consultancy, Public Policy Projects. In addition, he is a trustee of Place2Be, a national charity focussed on children’s mental health and well-being, and the former Chair of the NHS Confederation. Stephen was a Member of Parliament for 36 years serving as Secretary of State for Health from 1995 to 1997 and the first elected chair of the House of Commons Health Committee between 2010 and 2014, and also acted as a senior adviser to KPMG supporting the Global Health and Public Sector practice.